What Is Bipolar Disorder and How Do I Know if I Have It? 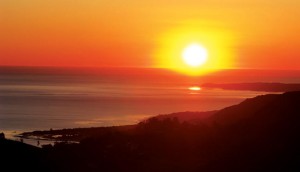 Bipolar disorder, which issued to be called manic-depressive disorder, is a brain disorder characterized by mood swings that include intervals of both excitability (mania) and depression, which can shift abruptly from one extreme to the other. While is no clear cause for the disorder, we do know it is more commonly found in individuals who have relatives with bipolar disorder, and it usually has its onset between the ages of 15 and 25. (http://www.ncbi.nlm.nih.gov/pubmedhealth/PMH0001924/). Mood swings can occur as infrequently as only a few times a year, or as often as daily or multiple times per day (an extremely debilitating condition known as rapid-cycling bipolar). Regardless of the frequency of mood swings, bipolar disorder can be extremely difficult to live with and is complicated when accompanied by alcohol or drug abuse. Fortunately, both conditions can be managed – so long as they are diagnosed properly and treated effectively. At Journey Malibu, we know that both the addiction and the disorder must be treated, and we have the experience and the expertise to help with both.

While in the throes of a depressive episode, the individual has low energy and may feel listless, worthless, or extremely sad. They may have trouble eating or sleeping, or be overly fatigued and withdraw from friends or activities they used to enjoy. In extreme cases, depression is accompanied by thoughts of death or suicidal feelings. Both of the phases of bipolar disorder are disturbing and are likely to be exacerbated by drug or alcohol use, and while there is no clear cause for the shifts from depression to mania, they may be triggered by drug use. During manic periods, the person with bipolar disorder may feel euphoric and full of energy, or they may be filled with irritability and agitated feelings. They are likely to have a reduced need for sleep, and have feelings of increased self-importance and distractibility along with racing thoughts and impaired judgment. During a manic episode, the person typically has poor impulse control and may engage in increased alcohol and drug use, or exhibit risky behaviors such as driving while under the influence.

Although it is a devastating illness, bipolar disorder is not easy to spot when it starts. The symptoms of mania and depression may seem like separate problems, and not be recognized as parts of a larger issue. Some people suffer for years before they are correctly diagnosed and properly treated. However, with appropriate treatment, complete recovery from bipolar disorder is possible.

What Illnesses Co-Exist With Bipolar Disorder?

Substance abuse is a very common co-occurring problem with bipolar disorder. Some people with bipolar disorder may try to treat their symptoms with alcohol or drugs, or during a manic state they may not have the impulse control necessary to keep from engaging in drug or alcohol use. On the other hand, substance abuse may trigger or prolong bipolar symptoms, and the behavioral control problems associated with mania can result in a person using excessive amounts of substances, which can result in an overdose. Although we cannot establish whether one causes the other or they just interact, we do know for sure that individuals who suffer from substance addiction and bipolar disorder share overlapping genetic profiles. (Source: http://www.drugabuse.gov/newsroom/10/NS-05.html) 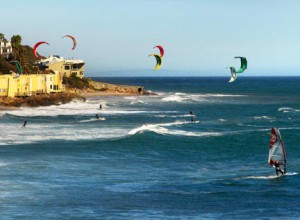 At Journey Malibu Recovery RETREATment Residential Program, our highly experienced and trained staff will be able to recognize the often-overlapping symptoms of these frequently co-occurring disorders and will be able to treat each of them distinctly and appropriately.

You will receive nurturing, comprehensive care at Journey Malibu to help you treat and effectively manage the debilitating combination of bipolar disorder and substance abuse. We are also able to distinguish between and assist in treating any of the other co-occurring disorders that go along with bipolar disorder.

The presence of those other co-occurring disorders can make it difficult to diagnose and treat bipolar disorder (Source: http://www.nimh.nih.gov/health/publications/bipolar-disorder/complete-index.shtml) which makes it all the more important that if you suspect that you or someone you know has bipolar disorder, you reach out for help sooner rather than later. The good news is that help is available here at Journey Malibu’s Recovery Center. Rest assured, if we feel you need additional help and support, we will not hesitate to point you in the right direction. We care about your mental health and well-being and want to help you find lasting recovery. So if you are committed to your recovery, and are seeking a drug and alcohol treatment center equipped to handle both your substance addiction and bipolar disorder. Our treatment decisions are guided by an appreciation of the whole person beginning with their symptoms.