Journey Malibu Drug, Alcohol, Substance Abse Recovery Center is the most effective place to confront, and overcome, abuse to prescription or “party” drugs like GHB.

Your stay with us will begin, if necessary, with our safe, gentle, staff supervised detox from the physical withdrawal from GHB, to get you started comfortably on your path to recovery. 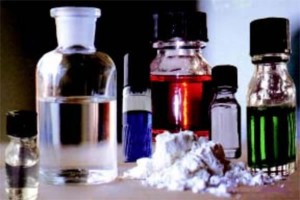 Gamma-Hydroxybutyric acid (more commonly known as GHB) is a naturally occurring substance found in a variety of plant and animal sources. It is categorized as an illegal drug in many countries and is regulated in Australia, Canada, most of Europe, and in the US. Nevertheless, GHB has a number of official medicinal uses and was approved by the Food and Drug Administration in 2002 for use in the treatment of narcolepsy. GHB has also been prescribed as a general anesthetic, for insomnia, clinical depression, and alcoholism. This last use is ironic since many individuals who attend GHB Abuse Rehab are often just as prone to substance use addiction as are abusers of other forms of medication.

GHB is usually ingested orally, in liquid or powder form. It has been used illegally to enhance athletic performance, as a recreational drug, and as a so-called “date rape” drug, this last in combination with alcohol. GHB is a central nervous system depressant whose effects have been described as similar to alcohol and ecstasy. Street names include “Georgie Home Boy”, “Liquid Ecstasy”, “Liquid X”, and “Liquid G”, as well as “Fantasy” and a reordering of the initials “GBH.” Effects from GHB often felt most strongly by those who are prone to any form of substance abuse or dependence, including euphoria, disinhibition, enhanced sensuality, and pathogenesis (an artificially produced feeling of extreme empathy for and ability to relate to others).

The Dangers of GHB 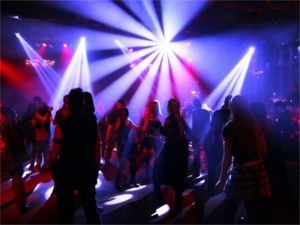 Like many so-called “club drugs”, GHB has a reputation for enhancing the club- or party-going experience. Small doses have been observed to produce a stimulant and aphrodisiac effect, which are likely to initially be quite pleasurable and reinforcing. The street name “Liquid Ecstasy” comes from its reputation to produce euphoria and sociability, as well as from its common availability at dance parties. Contrary to this nickname, GHB has no chemical or pharmacological similarity to Ecstasy. GHB is just as easy a drug to abuse, however, as after the initial stage of use, cravings, tolerance, and physical dependency is likely to emerge along with the negative side effects mentioned above.

Fatalities related to GHB abuse rehab occur when the drug is ingested in combination with alcohol or other drugs. Studies have shown that the majority of deaths resulted from respiratory depression caused by interaction with alcohol or other drugs. GHB use slows down the elimination of alcohol from the system. When users drink what they consider their usual amount while taking GHB they retain more alcohol for a longer period of time in their system. Users may pass out more easily, and be subject to life-threatening respiratory depression while unconscious. Consequently, GHB abuse is every bit as dangerous as abuse of more commonly known drugs.

Physical dependence requiring GHB abuse rehab develops when the drug is taken on a regular basis, leading to great instances of repetitive GHB abuse in order to maintain the feeling of being high or to avoid the subsequent crash and potential withdrawal symptoms. Tolerance may develop within a matter of weeks on continuous use, and withdrawal occurs if use is stopped suddenly. Withdrawal effects from GHB are highly unpleasant and tend to keep the user from being able to stop using the drug without the structured and supportive setting of an inpatient treatment center such as Journey Malibu’s GHB Abuse Rehab. Side effects can include insomnia, restlessness, anxiety, tremors, sweating, loss of appetite, tachycardia, chest pain, muscle and bone aches, sensitivity to sound and light, dysphoria, and mental dullness. Severe withdrawal from GHB may cause symptoms similar to acute withdrawal from alcohol or barbiturates, such as delirium, convulsions, and hallucinations.

Sudden withdrawal from GHB can be life-threatening. This is why staff supervised detoxification (detox), like the type available at our JOURNEY MALIBU Drug and Alcohol Treatment Center, is recommended when “getting clean“ from GHB. GHB withdrawal is not widely discussed in pertains to psychiatric care textbooks, and many mental health professionals are not familiar with its unique withdrawal syndrome. However, the staff at JOURNEY MALIBU’s GHB Abuse Rehab are well-trained and aware that overdoses involving GHB can be difficult to treat. GHB causes rapid unconsciousness at doses over 3500mg. Doses over 7000mg can cause life-threatening respiratory depression. Higher doses can cause dangerously low heart beat rate and cardiac arrest. Other side effects include convulsions and nausea, especially when combined with stimulants or alcohol. We will make sure that if your pattern of usage is such that you need outside pertains to psychiatric care referral first, we will find you the best help available for that part of your recovery. Once you are physically stabilized, we will work with you to treat the physical and emotional symptoms, and the patterns you have been unable to break on your own – all the things which have kept you from living the life you deserve. 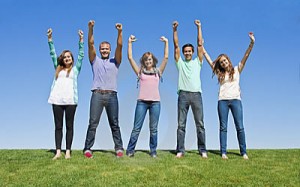 There are currently no GHB detection tests for use in emergency rooms, and as many clinicians are unfamiliar with the drug, many GHB incidents likely go undetected. The good news is, according to case reports, patients who develop problems with GHB are able to achieve recovery and return to the lives they want to lead. GHB users, in particular, show a good response to treatment, which often involves residential services. (SOURCE: Maxwell JC, Spence RT. Profiles of club drug users in treatment. Subst Use Misuse 40(9–10):1409–1426, 2005.) The better news is, JOURNEY MALIBU provides both ideal residential services and a wide variety of treatment options at our GHB Abuse Rehab.

If you’re serious about your recovery and are looking for a GHB Abuse Rehab that knows what it takes to help you deal with the lesser-known issues that go along with GHB abuse, please consider making JOURNEY MALIBU your destination.

Call us now at 888-717-5643 and see if our GHB Abuse Rehab is the right match for the challenges you’re facing at this time. If not, we’ll make sure to help you find the program that is.

All calls are strictly confidential.