At Journey Malibu’s Marijuana Addiction Rehab, no matter what concern brings you in, we focus on you as the individual as you truly are – a unique person with a unique set of characteristics, symptoms, circumstances, and also a unique set of needs and reasons for seeking treatment at this time. This allows all those who have drug or alcohol problems to feel safe and comfortable as they begin their journey of recovery.

“Dope”, “weed”, “pot”, “herb”, “chronic” are just a few of the countless terms for marijuana, but a “bud” by any other name is much more than just a bud. Marijuana has long been considered a so-called “harmless” drug, but recent studies have shown that marijuana is anything but harmless. For starters, marijuana has dramatic effects on the brain and lungs, far greater than many people realize when they first begin using it. Where the brain is concerned, marijuana acts essentially like a hallucinogen, altering for many users the sense of time, sound, touch, and sight. Memory impairment is also a common side effect of marijuana use. Long-term marijuana smokers often develop bronchitis or chronic chest colds, and long-term marijuana use can even lead to emphysema. Daily use of marijuana can cause permanent brain damage, and some research has linked marijuana use to Alzheimer’s disease.

The stronger marijuana currently being smoked is also more widely available due to the widespread prevalence of pertains to psychiatric care marijuana (i.e., “legalized” marijuana). These two circumstances have caused a greater impact on both the short-term and long-term levels. In the short-term, the stronger marijuana leads to its users experiencing heavier and potentially more damaging highs; among these short term effects are euphoria, distorted perceptions (up to and including hallucinations and other mild psychotic symptoms), memory impairment, and difficulty thinking and solving problems (source: National Institute on Drug Abuse – NIDA).

Meanwhile, long-term damage can be seen in the steadily increasing numbers of people seeking marijuana addiction rehab. The latest research indicates that an estimated five million Americans are currently using marijuana on a regular or a daily basis. While some statistics place the average age for users of marijuana at eighteen years old, the average age of those choosing to enroll in marijuana addiction rehab is much older, indicating that once one begins smoking marijuana, they may continue far past experimentation with it to an addiction that can last several years, even decades. On the other side of the spectrum, it appears that the age people are beginning to smoke marijuana is going down. According to the National Survey on Drug Use and Health, as recently as 2008, 25.8 million Americans age 12 and older had “abused” marijuana at least once in the year prior to the survey. This indicates that more and more young people out there are being exposed to a potentially abusive and addictive drug. (Source: http://www.samhsa.gov/)

Statistics like these undercut the myth that marijuana is not addictive.

Consider for instance that the number of people seeking treatment for marijuana addiction rehab has more than doubled since the early 90s and continues to rise. Nevertheless, this myth that marijuana is harmless continues to persist, perhaps because smoking marijuana is more socially acceptable than ever. And it is just this myth that remains one of the biggest obstacles to getting someone into marijuana addiction rehab, since people with an addiction to marijuana find ample evidence in the current environment to bolster the belief that marijuana is addictive. Unfortunately, because of all the misinformation out there, many people continue to misunderstand the word “addiction” and therefore use the wrong criteria to determine if they are indeed addicted to marijuana.

Re-Create A Healthy Lifestyle At Our Marijuana Addiction Rehab

If marijuana has undermined your ability to work successfully, to enjoy healthy relationships, (or to enjoy a healthy life period!) and still you continue to use it, you might consider that your marijuana use actually qualifies as marijuana abuse. As such, your marijuana abuse might just be significant enough to merit marijuana addiction treatment. The truth is, there is a fine line between the use of marijuana and the abuse of marijuana, and often people cross this line without realizing it. After years of smoking marijuana on a regular basis, you may wake up one day and find you have developed a dependency on marijuana that makes it nearly impossible for you to enjoy life without using marijuana. And of course, if you find yourself in a position where you can’t enjoy life without smoking marijuana, you might want to ask yourself: ‘am I really enjoying life at all’? 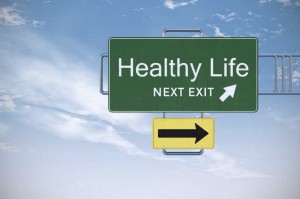 Make Our Marijuana Addiction Rehab The Gateway To Your Recovery

Another fact to consider if you or a loved one is battling an addiction to marijuana, is that marijuana’s reputation as a “Gateway Drug” has been well earned. There is a wealth of evidence and research which shows that the majority of people who use marijuana also drink alcohol and often go on to begin using other drugs as well. And while it has been recognized to have some legitimate health benefits, it has also been recognized as a serious health risk, a gateway drug, and a legitimate drug of addiction in its own right.

The good news is, if you are suffering from marijuana addiction, there are a variety of marijuana treatment programs available today, perhaps none as comprehensive, holistic, and effective as ours at the JOURNEY MALIBU Recovery Center. We hope it helps to know that you are not alone – many others have suffered from the unpleasant side effects, the negative consequences, and the need to continue using marijuana nonetheless. It is becoming more and more widely recognized that marijuana is just as serious and real an addiction as the “harder drugs“ are.

If you’re serious about your recovery and would like help overcoming your addiction to marijuana, make JOURNEY MALIBU’s Malibu Addiction Rehab your destination.

Call us today at 888-717-5643 to see if we are the best fit for the recovery you’re looking for. If not, we’ll do our best to ensure you find the right help for you. All calls are strictly confidential.