With a highly-credentialed staff that has a wide range of resources at their fingertips, Journey Malibu’s Ecstasy abuse rehab is well equipped to address the challenges of battling Ecstasy abuse. 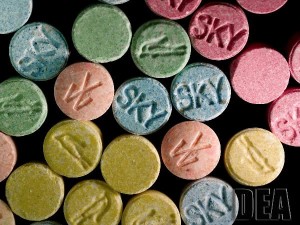 Methylenedioxymethamphetamine, better known as Ecstasy (or simply “X” on the streets), is a synthetic, psychoactive drug that is chemically similar to the stimulant methamphetamine and the hallucinogen mescaline. Ecstasy produces feelings of increased energy, euphoria, emotional warmth, and distortions in time, perception, and tactile experiences. It is very easy to abuse this drug and thus to require the help of an Ecstasy abuse rehab, like the one you will find at Journey Malibu’s Exclusive RETREATment Center.

HOW DOES ECSTASY AFFECT THE BRAIN?

Ecstasy exerts its primary effects in the brain on neurons that use the neurotransmitter serotonin to communicate with other neurons. The serotonin system plays an important role in regulating mood, aggression, sexual activity, sleep, and sensitivity to pain. Ecstasy binds to the serotonin transporter, which is responsible for removing serotonin from the synapse (or space between adjacent neurons) to terminate the signal between neurons. This means that serotonin remains in the synaptic gap, and its effects are felt longer and are greatly intensified. Ecstasy also causes excessive release of serotonin from neurons containing the neurotransmitter, and it has similar but less potent effects on neurons that contain dopamine and norepinephrine.

WHAT SIDE EFFECTS DOES ECSTASY HAVE? 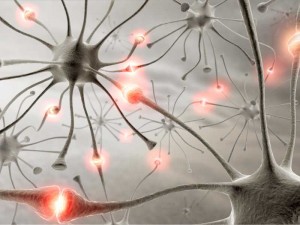 Ecstasy can produce confusion, depression, sleep problems, drug craving, and severe anxiety – the types of symptoms that might lead one to seek out Ecstasy abuse rehab. However, these negative side effects may not be enough to deter the user if they are compulsive in their use of the drug. These problems can occur soon after taking the drug or, sometimes, even days or weeks later. In addition, chronic users have been shown to perform more poorly than nonusers on certain types of cognitive or memory tasks, although some of these effects may be due to the use of other drugs in combination with Ecstasy. Research in animals indicates that Ecstasy can be harmful to the brain—one study in nonhuman primates showed that exposure to Ecstasy for only 4 days caused damage to serotonin nerve terminals that was still evident 6 to 7 years later. (Source: Ricaurte GA, McCann UD. Experimental studies on 3,4-methylenedioxymethamphetamine and its potential to damage brain serotonin neurons. Neurotox Res 3(1):85–99, 2001.)

A Unique Approach to Ecstasy Abuse Rehab at Journey Malibu

Journey Malibu’s Confidential Drug Rehab actually backs up our promise of healing and long-term recovery with custom-tailored, systemic treatment, so that the individual can work with our treatment team to design a unique and effective program that will allow them to achieve the life they want – the life they truly deserve.

Although it is not often considered a drug of addiction, for some people, Ecstasy can be addictive. (Source: Stone AL, Storr CL, Anthony JC. Evidence for a hallucinogen dependence syndrome developing soon after the onset of hallucinogen use during adolescence. Int J Methods Psychiatr Res 15:116–130, 2006.) A survey of young adult and adolescent Ecstasy users found that 43 percent of those who reported ecstasy use met the accepted diagnostic criteria for dependence, as evidenced by continued use despite knowledge of physical or psychological harm, withdrawal effects, and tolerance (or diminished response). These results are consistent with those from similar studies in other countries that suggest a high rate of dependence among users. Ecstasy addicts’ abstinence-associated withdrawal symptoms include fatigue, loss of appetite, depressed feelings, and trouble concentrating.

Other drugs that are chemically similar to Ecstasy, such as MDA (methylenedioxyamphetamine, the parent drug of Ecstasy) and PMA (paramethoxyamphetamine, associated with fatalities in the United States and Australia), are sometimes sold as ecstasy. These drugs can be neurotoxic or create additional health risks to the user. Furthermore, ecstasy tablets may be mixed with other substances, such as ephedrine (a stimulant); dextromethorphan (DXM, a cough suppressant); ketamine (an anesthetic used mostly by veterinarians); caffeine; cocaine; and methamphetamine. Although the combination with one or more of these drugs may be inherently dangerous, Ecstasy addicts who also combine additional substances such as marijuana and alcohol may be putting themselves at even higher risk for adverse health effects.

HOW WIDESPREAD IS ECSTASY ABUSE?

The newest studies suggest that Ecstasy use has jumped considerably in the past several years, with serious health consequences.

Another health concern is the frequency with which Ecstasy is abused in conjunction with other drugs and alcohol, and the setting in which Ecstasy is typically used. Use in hot, crowded areas such as dance clubs increases dehydration and leads to more acute health risks. Moreover, about 78 percent of the Ecstasy-related ER patients seen in 2008 had used it with other drugs or alcohol, which increases the potential for life-threatening and harmful effects. 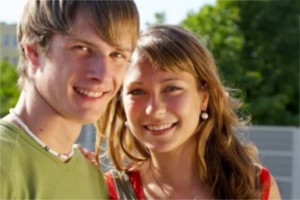 JOURNEY MALIBU’s Ecstasy Abuse Rehab offers a variety of treatment methods designed to address exactly the types of problems individuals who use Ecstasy are likely to face. At our California Drug Rehab facility, we firmly believe that among the most effective treatments for drug abuse and addiction are cognitive-behavioral interventions that are designed to help the patient generate new patterns of thought, expectations, and behaviors related to their drug use, illuminate patterns that are no longer working for the user in their pursuit of a happy and productive life, and to increase the skills they will need to cope with life stressors without needing to resort to drugs to find a feeling of relief or escape. There is a range of Holistic options at our Ecstasy Abuse Rehab that are also effective in combination with behavioral interventions to support long-term, drug-free recovery for people who have a tendency to abuse Ecstasy.

The good news is, help is out there – right here at JOURNEY MALIBU’s Ecstasy Abuse Rehab. So if you, or your loved one, is serious about living a full and fulfilling life free from Ecstasy abuse, we hope you’ll consider making the JOURNEY MALIBU your destination.

All calls are strictly confidential.